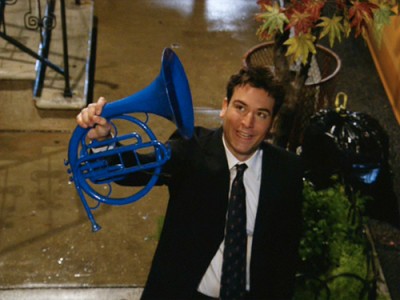 …because I feel very alone in my non-hatred. Need I warn you that there are major spoilers ahead?

I’m not ashamed to say I bawled my eyes out when Ted held up that blue French horn. Here’s my original review of the show’s brilliant pilot.