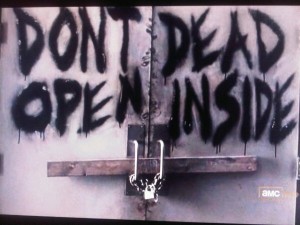 *Conveniently the week that saw the death of science fiction icon Ray Bradbury. Coincidence? io9’s tagline is “We come from the future.”

Lily Kane, Veronica Mars — The actually killing doesn’t happen in the pilot’s timeline, but the immediate aftermath is depicted; we have to wait all season for the payoff.

The twins, American Horror Story — Those little bastards had it coming.

George, Dead Like Me — Her death is so random, you have to love it: conked on the head by a toilet seat from space. And her demise is really when she starts living.

Digby the dog, Pushing Daisies — Sure, some humans die in this episode too, but none as spectacularly as Digby. And lest you think I revel in the death of animals, he comes back to life. Heart warmed in the first 5 minutes.

The drug dealers, Breaking Bad — To say that killing those two drug dealers in the RV is a turning point for Walter doesn’t even begin to describe it. On my first viewing, I was sure they were going to pop back up. But they’re dead as MySpace.

The people on the plane, Fringe — You think the plane’s gonna crash. But instead something entirely more horrible happens.

Everybody, The Walking Dead — “Don’t Open. Dead Inside.” So cool. Also, the half-woman crawling across the ground is a pretty sweet special effect.

Feel free to add your tributes to the dearly departed in the comments.

One thought on “Best Deaths in Pilots”