In the spirit of year-end lists, which I love, I offer my own mini-list. I’m calling this “favorite” rather than “best,” considering there are probably lots of great pilots out there I have yet to see. Inspired by other “best of 2016” lists, I’m eager to watch Search Party, Insecure, and Westworld. But for now, here are my faves. 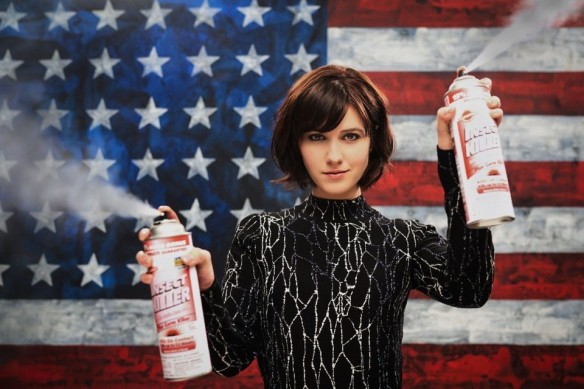 Do I even need to explain? The pilot featured Dungeons & Dragons, heart-warming humor, heaps of nostalgia, a hint of government conspiracy, and a scary-ass kidnapping scene. By the end of the episode, you still don’t know quite what you’re dealing with, but you know it’s something special. END_OF_DOCUMENT_TOKEN_TO_BE_REPLACED 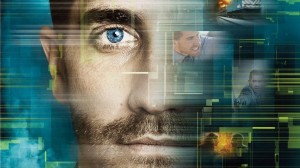 When I first heard that the movie Source Code, which I haven’t seen but which looks pretty cool, is being developed for TV, my instinctive first question was, “What network?” (The answer is CBS.) Because, with sci-fi and genre TV, the network is everything. It will largely determine how the material will be handled and whether it will succeed. END_OF_DOCUMENT_TOKEN_TO_BE_REPLACED

When a character in TV or film stumbles into a Town with a Dark Secret… or Cleveland… they do so one of two ways: by relocating to make a fresh start, usually following a tragedy, (Secret Circle, Manhattan, AZ, Locke and Key) or by getting stranded there (Lost, Hot in Cleveland). Eureka‘s Jack Carter (Colin Ferguson) falls into the latter category.

The show opens, however, with a wife calling her husband to bed. We pan down to the basement to find the husband tinkering with a large mechanical device reminiscent of the launchpad from the movie Contact. As its concentric circles spin the nerdy-looking man exclaims, “Susan, it works!” The sinister score lets us know that, whatever the gadget is doing isn’t good.

We meet Jack, a U.S. Marshall, as he is driving along an otherwise deserted road in his police car, with a mouthy young girl riding in back. Zoe (Jordan Hinson) and Jack are presented as prisoner and arresting officer, but bicker more like smartass teenager and protective but frustrated father. So it’s not really a big reveal when we later learn that he is, in fact her father.

They run off the road trying to avoid a dog, But not before Zoe witnesses a supernatural sight: She sees a duplicate of Jack’s car, with duplicate passengers inside, passing them on the road. Jack doesn’t believe her.

While he sets off to get the car repaired, Jack hands Zoe over to the local police station for incarceration. There, we meet Sheriff Bill Cobb and Deputy Jo Lupo (Erica Cerra), a bitter overgrown tomboy. Up to this point the characters seem relatively normal if slightly standoffish. The only major hint that something is unusual in this picturesque Oregon town is a boy of no more than nine, carrying a book on theoretical physics, gives oddly articulate directions.

As tends to happen in these situations, the car cannot be repaired right away. Local mechanic Henry Deacon (Joe Morton) informs an exasperated Jack that the job will take a few days. So, in the meantime, Jack winds up helping solve a local mystery of national interest. A big hole has been blown in the back of an RV belonging to Walter, the nerdy man from the opening scene. While he is clearly hiding something, he seems well liked by the townspeople.

Next Jack meets Allison Blake (Salli Richardson-Whitfield) who trumps his U.S. Marshall status by announcing she represents the Department of Defense.  The RV isn’t the only thing blown apart–there has been mysterious damage to other locales and some cows. We find that whatever can of worms Walter has opened is causing a lot of trouble, and that representatives from a local research agency are trying to cover it up.

Each scene takes us a little deeper into WTF territory. This town is definitely hiding something. As Jack and Allison enter a secured area he askis, “Where are you taking me, Area 51?” She replies, “Please, they wish they had our security.” At the midpoint, we finally get some explanation: Eureka was founded by President Truman, at the request of Albert Einstein, to house the greatest scientific minds in the country. We’re still not sure just what they’re up to at the moment or why explosions from Henry’s garage are treated as commonplace. The town has an isolationist nature that begins to get creepy; it reminds me of the corporate-run communities in Margaret Atwood’s Oryx and Crake.

As Jack delves deeper into the mystery–he has nothing else to do–we get to know him a little better. He is recently separated from his wife. From Zoe’s snarky remarks we glean that he is a workaholic who hasn’t made time for his wife and child.

…And some other stuff happens. This pilot is little rambly and long (2 hours) as the writers attempt to introduce–it seems–the whole freaking town. And on top of setting up characters and conventions, the episode still basically follows a mystery-of-the-week formula. The problem is solved, the world is saved, and Jack and Zoe seem to be on their way out. But just as we reach end, we witness a murder. And it turns out Jack has been appointed Sheriff of Eureka and will be hanging around for a while.

Some pilots don’t have to work very hard. Even if you don’t know that Haven, a new show on SyFy, is based on a book by Stephen King, you’ll likely figure it out pretty fast. A lone cop is sent to a small Maine town filled with colorful characters where something of a vaguely sinister super-nature is going on. Other things we already know: FBI agents and local police officers don’t get along. Female cops work super hard and don’t have time for dating. People who live on boats are odd.

So, putting all of those givens into place, let’s get to know Agent Audrey Parker (Emily Rose). A quick couple of aerial shots show us she lives in a big city. Her boss shows up with an assignment, pausing to comment on a teen vampire novel on her table. “FBI is nonfiction work,” he pontificates. Huh?

Agent Parker gets to Haven, a small harbor town with exceedingly strange weather. You know when a town on TV has a quaint, cozy-sounding name like Haven, bad things are going to happen there. (Point Pleasant, Wisteria Lane.)  She’s driving along when a chasm opens in the road in front of her, forcing her through a guardrail. We never get an explanation for that. It’s funny though, when her car is hanging half-way off a cliff, that she takes the time to turn off the radio so she doesn’t have to die to an annoying 70s song. Her first confrontation with local cop—and soon-to-be love interest, no doubt—is likewise pretty amusing.

The show succeeds with witty dialogue more so than in other areas. There are some truly funny moments. The banter between the cop, Nathan, and Audrey is delivered with the requisite cynicism. The jokes kind of pop up out of nowhere, making them the one element of the unexpected in a show that is supposed to be suspenseful.

The reason Audrey is in Haven is forgettable in light of everything that ends up happening, but she’s supposed to locate an escaped convict. The problem is, he’s already dead. Like a good television FBI agent in heels, she doesn’t let that deter her. She starts nosing around the town, meeting its various denizens.

The stand-out for creep of the year is a handyman named Conrad with “personal space issues.” Whenever this guy gets pissed off there’s bad weather. You would think every school kid in town would be vandalizing his house hoping for a snow day. Spoiler alter. It turns out, though, that it’s not really him that’s affecting the weather. It’s the pretty antique store owner who he hangs around. Audrey wraps this one up nice and neat, so possibly each episode will revolve around a different resident with a bizarre power.

The A plot is that Audrey is an orphan (paging Temperance Brennan) and there is an old photo in the town newspaper of a woman that looks just like her. A quick scene of Audrey’s boss at the FBI having a cryptic phone conversation reveals that she was sent to Haven for a reason we’ve yet to discover.

This pilot is so pilot-y it’s just boring. It could have had a later point of attack and possibly been much more interesting. I for one, probably won’t continue watching to see what becomes of Audrey.