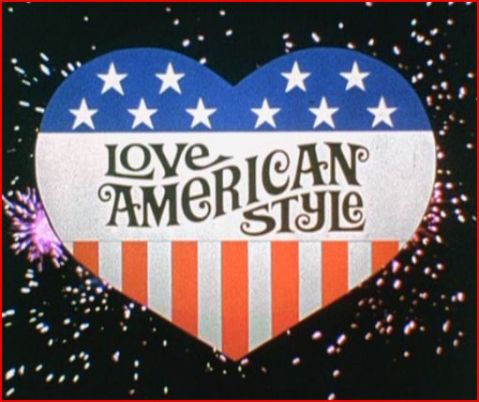 Happy Days actually spun out of another show, Love, American Style, so the episode in question turns out to be a backdoor pilot. It’s a fitting origin for a show that spawned no fewer than seven spinoffs. (How many can you name? I’ll list them after the jump.) END_OF_DOCUMENT_TOKEN_TO_BE_REPLACED 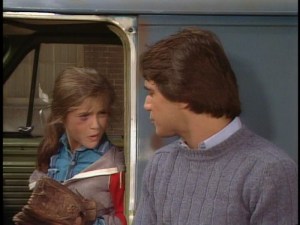 I’ve been curious to dig up this pilot for a long time, so I decided that Alyssa Milano‘s 40th birthday would be an auspicious day for it. She’s 40. Yeah. You know what that means, if you grew up watching the show: You’re old.

The show’s simple premise show is dispatched before the opening credits; a single dad (Tony Danza) is moving from the big city to the suburbs so that his young daughter can experience the protection of a white picket fence. It’s a concept resurrected recently with Suburgatory, but Samantha Micelli is much younger, and the impetus for the move is a black eye rather than condoms. END_OF_DOCUMENT_TOKEN_TO_BE_REPLACED 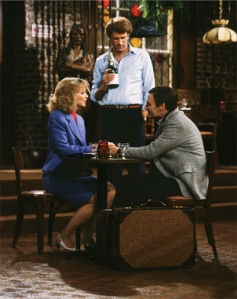 Most television casts evolve over time and, when you look back on a long-running show you might forget which characters were the originals. Can you imagine Cheers with no Frasier, no Woody, and no Lillith? In watching the pilot, 30 years old this season, you might be surprised to recall there were essentially only six characters: Sam, Diane, Coach, Carla, Norm and Cliff

The pilot, as you might assume, centers on Sam (Ted Danson) and Diane (Shelley Long) and their first meeting. It’s your basic Welcome Episode, where a new member is introduced to an existing group. It’s horribly contrived and implausible, but sometimes that’s how pilots go, and it doesn’t mean that a good show can’t unfold. First there’s a pointless cold open, where an underage kid shows up in the empty bar and tries to order a drink with a phony military ID. All we learn from this is that Sam isn’t completely gullible. END_OF_DOCUMENT_TOKEN_TO_BE_REPLACED

The fall television season in 1982 brought us a slew of what went on to become hit sit-coms. This fall marks the 30th anniversary of Cheers, Silver Spoons, Newhart, and Family Ties… as well as Square Pegs, less successful but still cherished in the hearts of  80s girls. Did viewers know that Shelley Long, Ted Danson, Ricky Shroeder, Michael J. Fox, and Sarah Jessica Parker would become icons of an era? Probably not. But in the wake of The New Normal, The Mindy Project, and The Neighbors in recent weeks, I can’t help but feel nostalgic. (What’s the obsession with definite articles?) END_OF_DOCUMENT_TOKEN_TO_BE_REPLACED 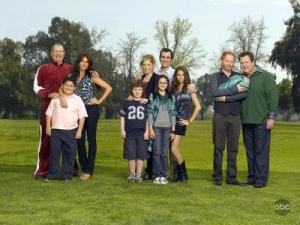 I’ve been feeling like I missed the boat on Modern Family, having pretty much ignored it last season. But since it made such a great showing at the Emmy’s and sounds like it’s here to stay, I figure I check out this pilot. If you haven’t watched it yet, maybe this will help fill you in, too.

The show opens in sit-com 101 mode, with a family starting their day with breakfast in the kitchen. It hits you with a good guffaw right at the top. The dad is yelling for the kids, and the daughter enters with, “Why are you guys yelling at us when we’re way upstairs? Why don’t you just text us?” After that there’s a bit about the daughter’s skirt being too short and the parents having baby oil on the bedside table. These may not be the most original jokes we’ve ever heard about offspring and ‘rents, but they’re delivered pretty fast and furious. This show isn’t going to waste our time. END_OF_DOCUMENT_TOKEN_TO_BE_REPLACED