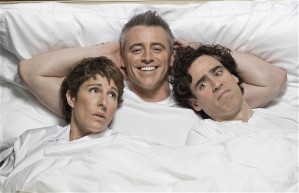 Is it me, or has it gotten really trendy to use the device known as in media res (“in the middle of things”) in pilots? It can be a very effective way to tell a story, obviously, since it’s been around longer than dirt. But I can’t help but feel like it’s become a crutch of sorts. As television has brought us increasingly sophisticated shows like Mad Men, Breaking Bad, and The Walking Dead, we expect more literary writing styles. So maybe certain devices get used for their own sake. END_OF_DOCUMENT_TOKEN_TO_BE_REPLACED