Mallory Archer and her ad hoc family on Archer will no longer work for ISIS, thanks to a certain bunch of a-holes who are using the same name to rain death and destruction in the real world. Sad as I am about that, I can’t help but remember that Archer wasn’t the first pop culture use of the name Isis. 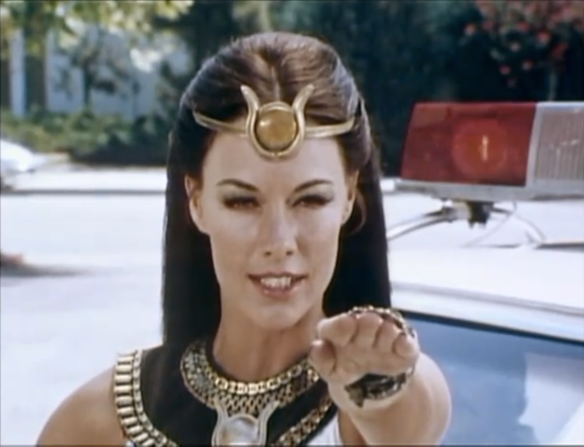 I had only the vaguest memory of The Secrets of Isis, and the corresponding Viewmaster slides that I once owned. It’s about a teacher, Andrea Thomas (JoAnna Cameron) who possesses an amulet belonging to the Egyptian goddess Isis. The amulet allows her to channel the goddess and fight for justice. Andrea/Isis also appeared in DC comics in the late 70s but the TV show came first, rounding out the Shazam!/Isis Hour on Saturday mornings on CBS. She’s said to be the first female superhero to star in a live action TV show. END_OF_DOCUMENT_TOKEN_TO_BE_REPLACED