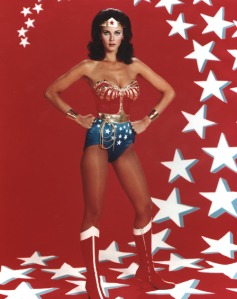 The Wonder Woman series had a few false starts before the 1975 TV movie, which spawned the well-remembered Lynda Carter series. Even when it finally got off the ground, the show — full title, The New Adventures of Wonder Woman — only lasted one season before it was retooled and moved to another network (CBS).

In recent years, other attempts at bringing the DC Comics property to the small screen have failed, including one led by Joss Whedon. You could hardly escape last year’s debate about Adrianne Palicki’s pants. Why is bringing the Amazonian princess to life such a challenge? And what did the 1970s series get right that others missed? END_OF_DOCUMENT_TOKEN_TO_BE_REPLACED